Srila Prabhupada gave regular Bhagavad-gita classes and we have video recordings of a few and audio recordings of hundreds of Bhagavad-gita classes. Bhagavad-gita contains the essence of all spiritual knowledge. It is a conversation between Krishna, the Supreme Personality of Godhead and His friend Arjuna. This conversation took place just before the greatest battle that has ever taken place on this planet. It was at a place called Kuruksettra in India. Arjuna did not want to fight but Krishna was encouraging Arjuna to fight. Ultimately Arjuna surrendered to Krishna and fought in the battle and was victorious but with practically all the fighters on both sides killed. 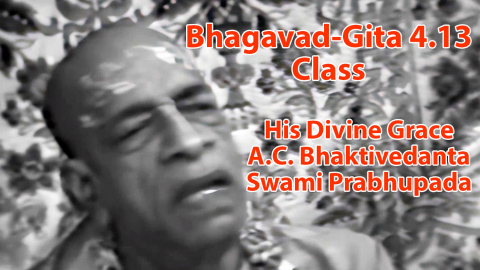 Srila Prabhupada Speaks on Bhagavad-gita 4.13 -- The Three Modes of Ma 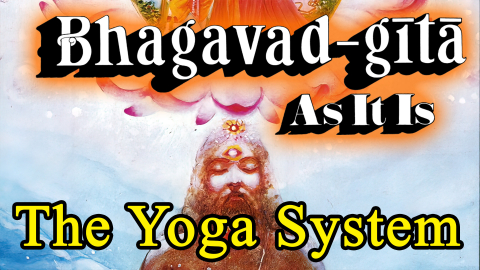 The Yoga System from Bhagavad-gita As It Is -- A.C. Bhaktivedanta Swam

This yoga system, bhakti-yoga, how to increase attachment for Krishna, is being taugh 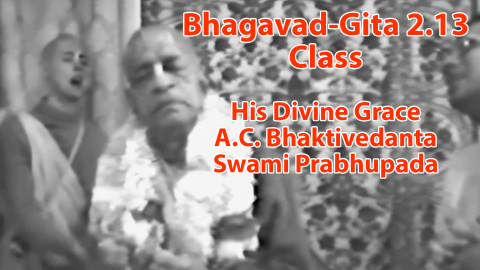 Make sure you watch to the end! Srila Prabhupada chants Jaya Radha-Madhava, then spea 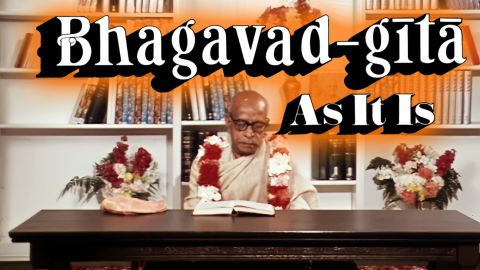 Introduction to Bhagavad-gita As It Is -- A.C. Bhaktivedanta Swami Pra