The Ramayana is a great India epic describing the life of Lord Sri Ramachandra. Lord Rama was the king of the country and very much loved by the people. Even today in India the people hanker for "Ramraja", they want a king like Lord Rama. The Ramayana describes how Lord Rama was banished to the forest with His brother Laksman, His wife Sita and His faithful monkey servant Hanuman. In the forest they fought with many demons and Mother Sita was kidnapped by the evil King Ravana. Hanuman and his monkey friends build a bridge across the ocean so Lord Rama can walk across it and kill the cruel king Ravana and rescue His wife Sita. 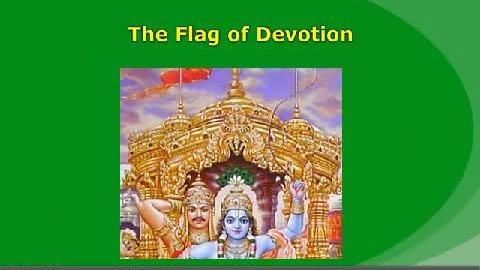 Hanuman - The Flag of Devotion

The emblem of Hanuman on the flag of Arjuna is another sign of victory because Hanuman cooperated with Lord Rama in the battle between Rama and Ravana, and Lord Rama emerged victorious. Now both Rama and Hanuman were present on the chariot of Arjuna to help him. Lord Krishna is Rama Himself, and wherever Lord Rama is, His eternal servitor Hanuman and His eternal consort Sita, the goddess of fortune, are present. Therefore, Arjuna had no cause to fear any enemies whatsoever. (Shrila Prabhupada, B 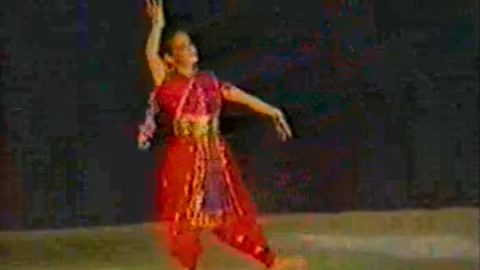 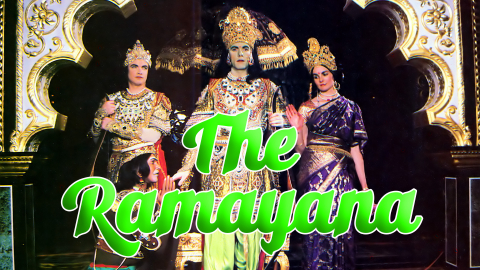 The Ramayana -- Produced by ISKCON Television at New Vrindavan

This unique production of the Indian classic, The Ramayana was produced by ITV, ISK

Hanuman - The Flag of Devotion 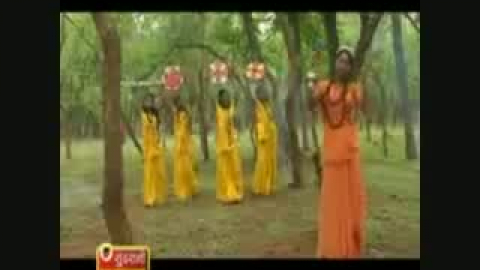 this video is part of six more, for me amazing way to show and spread the Ramayan by