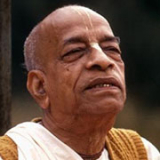 Srila Prabhupada visited Australia and we have many hours of video footage documenting Prabhupada's visits to Australia. Mostly from Melbourne but there is also television news coverage of the installation of Sri Sri Radha Gopinatha in Sydney in 1971. The videos show Srila Prabhupada preaching at Monash University, the Franciscan Seminary, numerous hall programs including Melbourne Town Hall, a huge Rathayatra festival complete with building the carts and the festival after the parade. There is also the installation of Lord Caitanya and Lord Nityananda in Melbourne, a initiation ceremony for many devotees and so much more.

The ecstatic arrival of Srila Prabhupada in Sydney, Australia for the first time. Shows the first Hare Krishna temple in Australia. Even though the devotees are not ready Srila Prabhupada installs the beautiful Deities, Sri Sri Radha Gopinatha, and prays to Them, I know these boys and girls are not qualified to worship You, please look after them. This is a television news documentary which was broadcast nationwide.

An amazing hall preaching program by Srila Prabhupada in Melbourne, Australia in 1974. A very ecstatic class by Srila Prabhupada which he begins by quoting the Christian prayer, Hallowed be Thy Name... And then goes on to explain the name of God is Krishna.

An ecstatic preaching program in the Town Hall, Melbourne, Australia in 1974 around t

Srila Prabhuapda initiates a group of devotees in the Melbourne, Australia, ISKCON te

Very good film showing Srila Prabhupada and a group of disciples in the Melbourne, Au