During Srila Prabhupada's physical presence he established a system where some of his disciples would perform initiations on his behalf. This is because as the Hare Krishna movement was rapidly spreading all over the world it was not possible for Srila Prabhupada to physically initiate all the disciples who wanted to accept him as their spiritual master. So starting from 1972 Srila Prabhupada appointed ritvik priests to perform the initiations on his behalf. By 1977 Prabhupada had extended this ritvik initiation system in ISKCON so much that he no longer had any physical connection with the process of disciples accepting initiation from him. But after Srila Prabhupada's disappearance in 1977 ISKCON leaders claimed that Prabhupada had appointed eleven successor acaryas who were to take his place. They relegated Srila Prabhupada to the position of a 'previous acarya' and claimed everyone had to worship these new acaryas. The whole system was completely bogus. Prabhupada never appointed anyone as his successor and everyone, even ISKCON leaders, accept this now. 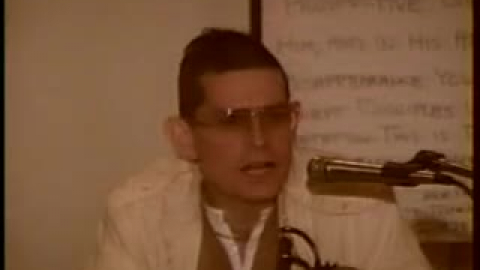 is video was taken at the historic official ISKCON debate on the ritvik philosophy, the idea that Srila Prabhupada established a system in ISKCON which would enable him to continue to accept disciples, even after he was no longer physically present. It is quite amazing as it is attended by practically all the ISKCON leaders in North America. The presentation given by the devotees from the then Vedic Village Review, a monthly magazine that became the venue for much discussion on Srila Prabhupa 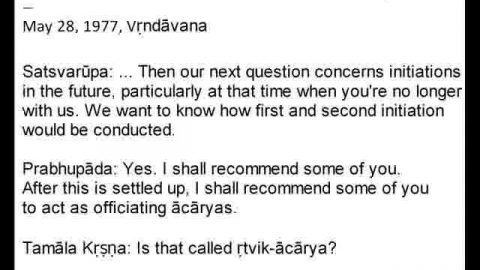 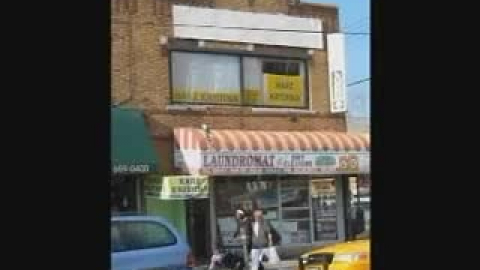 is video was taken at the historic official ISKCON debate on the ritvik philosophy, t 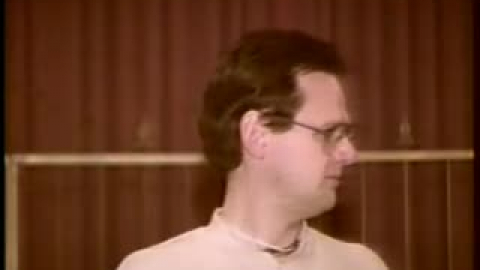 This video was taken at the historic official ISKCON debate on the ritvik philosophy, 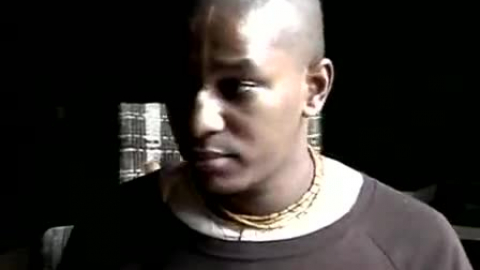